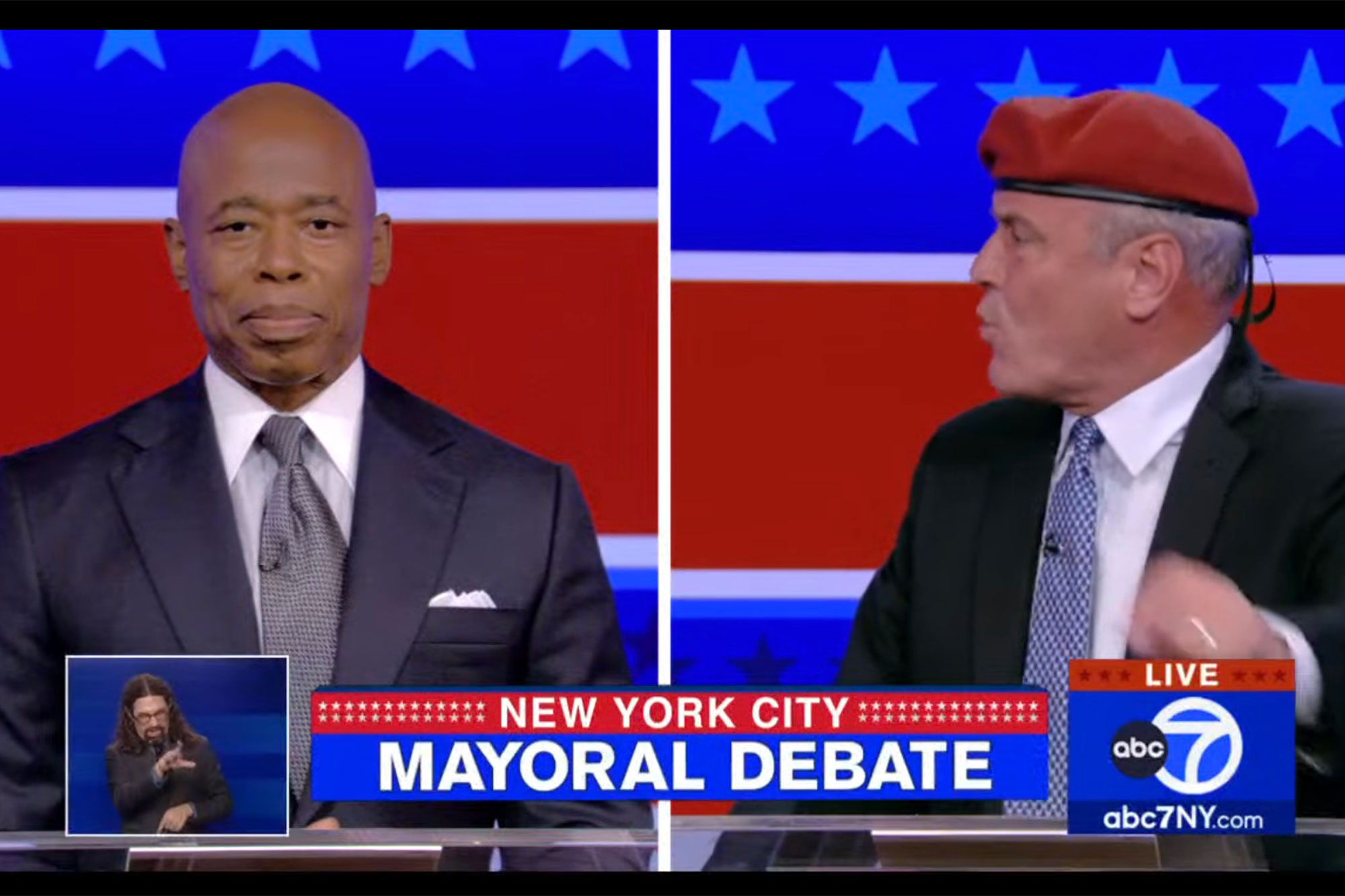 After the ABC-7 moderator asked the pair of candidates about their stances on the controversial policing tactic ruled unconstitutional during ex-Mayor Michael Bloomberg’s tenure, the Guardian Angels founder demanded to know more about Adams’ claim to have talked with members of gangs who have killed multiple people.

“Can you tell us who those gang leaders were, and where you met with them and which gangs? I think the public has a right to know from someone who declares himself to be the law-and-order candidate. Do you do that, Eric?”

The civilian crime-fighting crew leader was referring to Adams, a former NYPD captain, claiming on the morning radio show to have spoken to gang members with whom he wants to “collaborate.”

“I met with some of the top gang members. Some of them had bodies. Some of them have cases for bodies,” he told “The Breakfast Club” hosts Wednesday morning. “And I sat down with them to say, ‘Listen, we have to deal with ending this violence in our city.’ And I want to continue to collaborate with them, [and] crisis management teams and others who are doing amazing jobs to stem the violence in our city.”

In response, Adams mostly stuck to his oft-repeated messages, as he opted to during his first matchup with the nothing-to-lose Republican rival, and ripped Sliwa for “faking crimes.” He also insisted he had attempted to persuade members of gangs to leave them.

“While I was protecting people in this city, this candidate on the other side was faking crimes,” Adams retorted. “Here’s what I’m doing. Public safety is intervention and prevention. Intervention is right now. I’m speaking to those who have committed crimes to get them out of gangs.

“You could find and learn so much [from] those who commit crimes,” he explained. “It’s time for us to find out what is causing the violence, as well as being intervention and addressing violence right now. I have a comprehensive plan that I discuss on the addressing violence and how we are going to target those gang members who are using guns.”